Ever since I worked for the Brazilian development bank, sustainability has been a topic that fascinates me. I’ve had the chance to participate in both bilateral governmental meetings involving the topic, which was eye-opening. Even more importantly, I follow multilateral discussions around the topic for years now, and see the progress in the international framework around it. I really believe businesses and most people should take sustainability very seriously and incorporate it in their strategy. Beyond being the right thing to do, it also pays off to think sustainability going about your normal activities.

Now, let’s start with the basics: what is sustainability? Most people probably heard it in the context of climate change discussions. The stated goal of limiting the global climate change below 2 degrees celsius. Costs and risks of a higher temperature increase would be substantial and unevenly spread around the world. In that sense, it’s really best if everyone agrees on doing their part to restrict their greenhouse gas emissions and interact with our environment more sustainably.

In the context of the United Nations, I always like to take a look at the big picture international goals. On their website, you can see – and click – each

category of the 2030 agenda with actions to tackle some of the most pressing problems of our time. Among those categories, I want to touch on two with special meaning to me: energy and finance.

First and foremost is energy. If nowadays the most visible face of sustainability is preventing destructive climate change, back in the day when these discussions started the focus what very different. With oil prices going up like crazy and a lot of debate around deployment of the global reserves, the option between focusing on oil or renewables as energy sources seemed decisive. 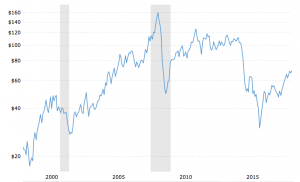 Oil, gas, coal and others are based on: 1- polluting burning methods to draw energy; and 2- finite sources of energy. In contrast, the new forms of energy production such as wind and solar power simply do not run out. This is for me the most obvious face of sustainability. Renewable energies are sustainable because you can produce ever more of them. Finite sources on the contrary, the more we rely on them, the sooner they run out.

Moving on to sustainable finances, the public discussion around the topic is somewhat convoluted. While some – as the SDG’s first item suggests – focus on reducing or eliminating poverty, others work towards more financial education. Regardless of what any of us think the best solutions to overarching problems are, the fact is communities live under higher or lower financial risk. A region-specific example that any South American like myself know all too well is a private sector indebted in strong currency. When taking that debt, one can only think of the lower interest rates they are paying nominally. Once their currency devalues (as it substantially did for instance in the 90s), however, the debt becomes unserviceable and many debtors run out of money to repay.

Companies and sectors can also go through similar processes, ideally evolving towards a less risky, sustainable sourcing of financing. Early-stage FinTechs for instance that still burn cash will need to work with investors money. This stage of burning investors cash to run a business is not a sustainable one. It really depends on the business model starting to pay for its own operations and generate a surplus to remunerate investors as well.

Whether or not Auxmoney, for instance, has already reached finantial sustainability is an interesting question. The company prides itself on being one of the first profitable FinTechs in this generation. Sustainability would include not only profitability, but also resilience in case of lower economic growth or crisis. While the economy does well, companies are performing and growing substantially, let us hope that also during hard times it’s business model can prove sustainable.